There's no doubt about it: AC/DC are masters of infectious rock and roll melody.

What started as brothers Angus and Malcom Young playing bar and club shows in Australia with friends quickly escalated to being one of Australia's most popular and successful acts. The name "AC/DC" came from an abbreviation on a sewing machine meaning "alternating current/direct current." The band has continued to use electricity in the form of a lightning bolt to symbolize the band's energy. 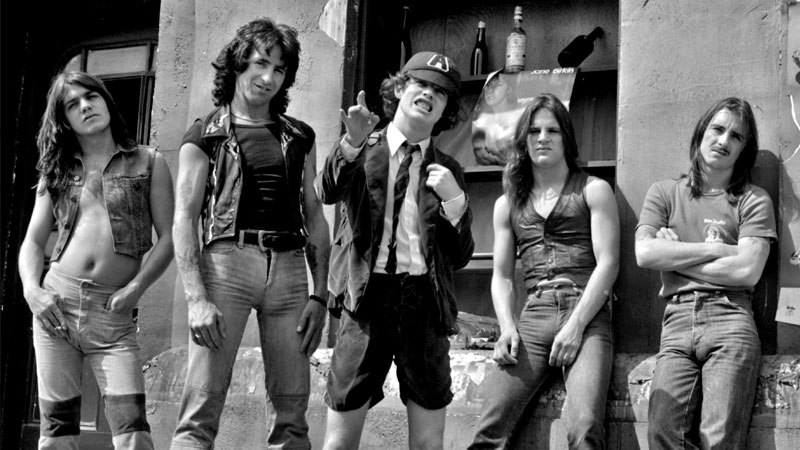 The band's original lead singer was Dave Evans, whom the band recruited in 1973; however, the next year, the band released him as front-man after deciding their original pursuits as a glam rock band in Melbourne, Australia were not working out. They hired Ronald Belford "Bon" Scott, an experienced vocalist, a friend of George Young, and the band's previous chauffeur, to pursue a harder blues rock sound. In 1974, the band would release their first album, High Voltage.

Throughout the 1970s, AC/DC would tour throughout Europe, the United States, and Australia, making appearances at The Reading Festival and setting concert attendance records in London, England. AC/DC became a formative influence on the new wave of British heavy metal bands to make significant appearances in the 1970s.

The band idolized British Invasion acts like The Rolling Stones and The Easybeats as well as blues acts like Muddy Waters, blending their favorite musical sounds and techniques to form a sound that was their own, something fans and critics alike still debate today.

But the band would unknowingly experience an even larger characteristic transformation after Bon Scott's death in 1980 from acute alcohol poisoning. Unable to finish their work on what would become the revolutionary Back in Black after Scott's death, the band hired vocalist Brian Johnson (of the British glam rock band Geordie) in 1980 and finished the album. On April 1, 1980, the band officially announced Johnson as their new lead singer.

Johnson's raspy, unique voice, his engaging personality, and raw energy catapulted the band to new heights of success. The album Back in Black quickly became and still is today the band's best-selling album, reaching the No. 1 spot in the UK and No. 4 in the US.

The band would enjoy tremendous commercial success until the release of their self-produced album, Flick of the Switch, after splitting with producer Mutt Lange. Critics labeled the album "unmemorable and underdeveloped"; the band's faltering success even landed them as the "eighth-biggest disappointment of the year" in a 1984 Kerang! readers' poll.

AC/DC's problems didn't stop there. Drummer Phil Rudd's struggles with drugs and alcohol resulted in a physical confrontation with Malcolm Young halfway through the recording of Flick of the Switch. The band attempted to draft a new drummer, but Rudd's drum parts had already been recorded. Simon Wright was hired in the summer of 1983 to replace Rudd full time as one of nearly 700 to audition for the role.

It wasn't until their 1988 release, Blow Up Your Video, that AC/DC would once again enjoy steady commercial success, after reuniting with their original producers and being inducted into the Australian Recording Industry Association's Hall of Fame. Following the band's Blow Up Your Video World Tour, Wright left the band to pursue his own musical interests and was replaced by veteran session-musician Chris Slade. Brian Johnson took a leave of absence to finalize his divorce, resulting in the Young brothers taking on all the songwriting for their next album, a practice they would soon see as pivotal to the band's commercial success and from which they would not deviate.

"The Razors Edge" puts AC/DC back on top

Despite revived commercial achievement, the band wouldn't regain heightened popularity again until their 1990 release, The Razors Edge, which features the famous "Thunderstruck" and "Are You Ready," two of the album's most popular and celebrated recordings. The album was produced by Bruce Fairbairn who produced albums for Bon Jovi and Aerosmith. The production on the album advanced AC/DC's sound to a masterful tier and solidified the band's legendary status.

By this point, AC/DC had become so outer-worldly that, during the band's The Razors Edge tour, three fans were killed at their concert at the Salt Palace in Salt Lake City, Utah. Almost immediately after the concert's beginning, fans rushed the stage and crushed three people in the process. Almost half an hour later, security brought the concert to a forceful end and the band ultimately settled with the victims' families outside of court.

In 1993, AC/DC recorded their song "Big Gun" for the soundtrack of Arnold Schwarzenegger's movie Last Action Hero. The next year, the band brought back Phil Rudd as drummer and released Slade. In 2000, the band released Stiff Upper Lip, an album that was positively received yet still criticized for its recycled ideas.

Check out AC/DC t-shirts, hats and other merch from Rocker Rags. 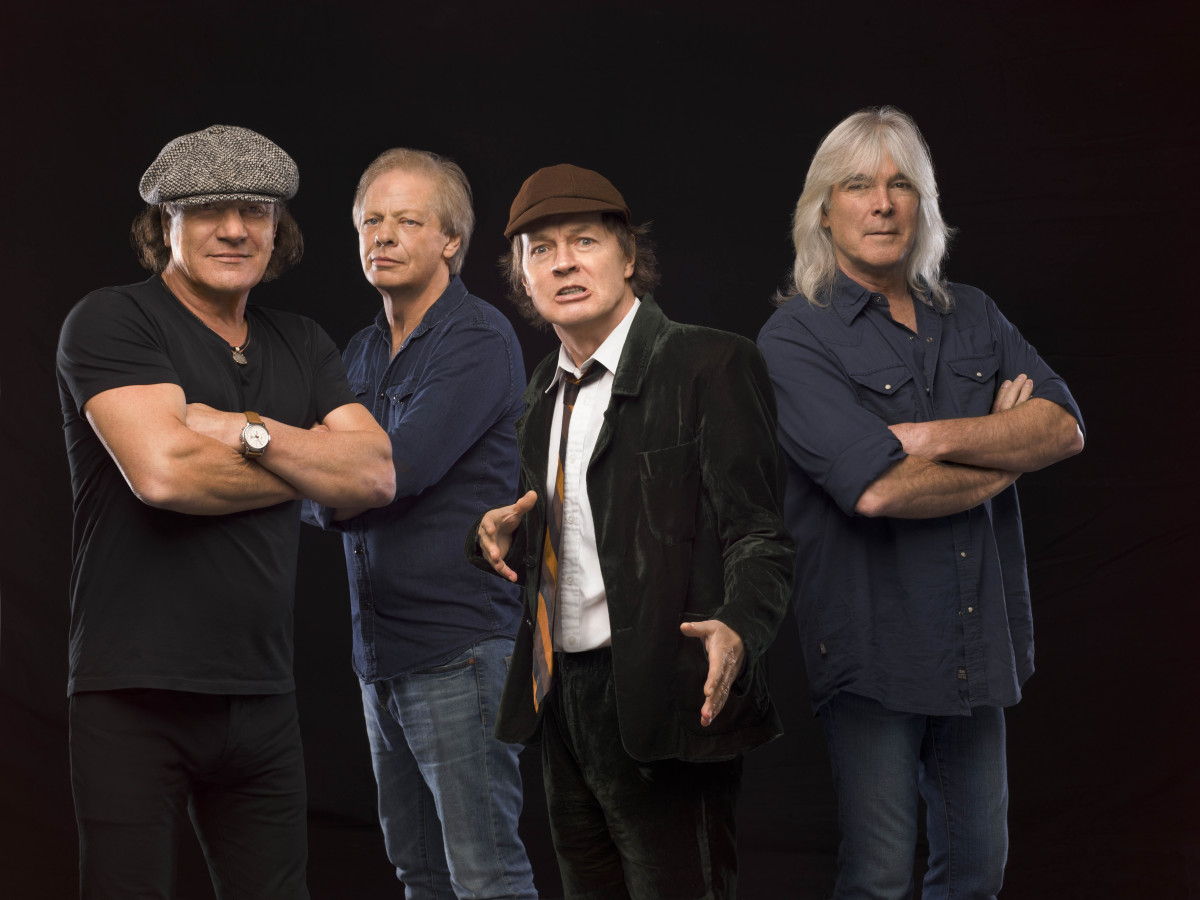 AC/DC inducted into the Rock and Roll Hall of Fame

In 2002, AC/DC signed a long-term record deal with Sony Music and, in 2003, was inducted into the Rock and Roll Hall of Fame. Gene Simmons, bassist for the band Kiss, said that there was "just nobody like" AC/DC. The band's unique sound, high-energy performances, and staggering concert attendance rates would forever write the band into the history books of rock and roll.

AC/DC would go on to sell over 200 million records worldwide, making them the 14th best-selling group in the world and the 10th in the United States. In 2010, AC/DC made the number 23 slot on VH1's "100 Greatest Artists of All Time" and continues to chug on today, despite multiple lineup changes and Malcom Young's death in 2017 at the age of 64.