This women's Ratt tank top fashion tshirt features the classic heavy glam metal band's capped skull logo. Framing the skull is the band's home city, LA, California and 1984, the year Ratt's debut album, Out of the Cellar, which featured their biggest hit, Round and Round, was released.

Having their greatest success, during the 1980s, with albums that are certified gold, platinum, and multi-platinum, Ratt, were pioneers in the glam metal sound, which later became known as hair metal. The band continues to tour and occasionally release new albums. 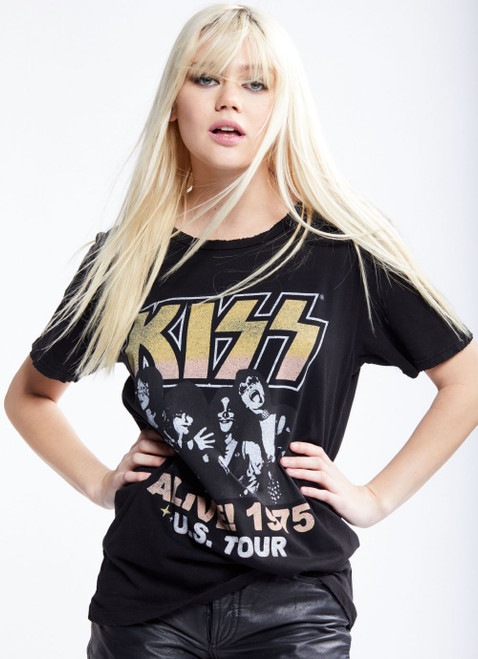 CLICK HERE to choose your size
Women's Music Fashion T-shirt
Freedom Bald Eagle Logo Fashion T-shirt by Chaser | Women's Green Rolled Sleeve Shirt
$60.00
Our women's fashion tshirt, by Chaser, spotlights an image of a bald eagle with its wings spread, over the phrase, Freedom. Made from 100% safari green cotton, this Chaser fashion tee has rolled up...