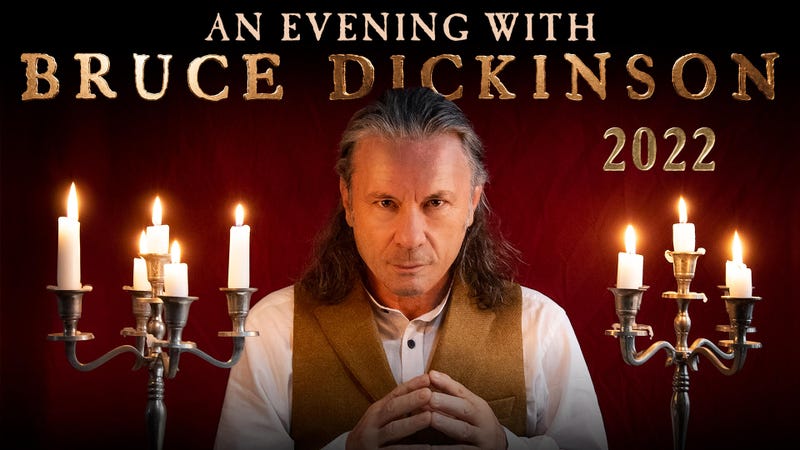 Well if you live in North America, that looks like quite a possibility.

Bruce Dickinson, the lead singer of the classic heavy metal band, Iron Maiden, is embarking on a North American spoken word tour, called An Evening with Bruce Dickinson, in support of his 2017 memoir, What Does This Button Do? A continuation of a tour he began, in between touring with Iron Maiden, upon the release of his memoir, back in 2017, An Evening with Bruce Dickinson finds the singer sharing humorous stories about his life followed by a question and answer session, with the audience, in which he clarifies no topic is off limits.

For those of you thinking Bruce Dickinson is just going to be reading what might be considered humorous passages from What Does This Button Do, he has adamantly denied that, saying the following: "Well, that's a bit boring. Why would anybody just turn up? They can read the book themselves.  So I sort of enhanced it with a few ripe stories, and it went down very well. And then I added to it with a bit of improv."

And if you think that this marks an end to Iron Maiden, fear not.  The band released their 17th studio album this past September, titled Senjutsu, and they'll be beginning a tour, in support of the album, next June.

See all of our Iron Maiden merchandise here.

In the meantime, here are all of the confirmed dates for An Evening with Bruce Dickinson: