Bon Jovi originally recorded Runaway, in 1981, but then re-recorded it in 1982, but, it wasn't featured on a full length album until Bon Jovi's 1984 debut studio release, which was simply titled Bon Jovi. The 1982 re-recorded version of Runaway is the one still played regularly on classic rock radio, today, and was Bon Jovi's first Top 40 hit, peaking at #39, in 1984.

This women's juniors fit Bon Jovi muscle tee is made from a 65%/35% polyester-cotton blend, with distressed effects, to the graphics, for a vintage look and feel and features the photograph of Jon Bon Jovi, seen on both the Runaway song single and full length debut Bon Jovi album covers, along with the Bon Jovi logo and Runaway song title.

See all of our other Bon Jovi items. 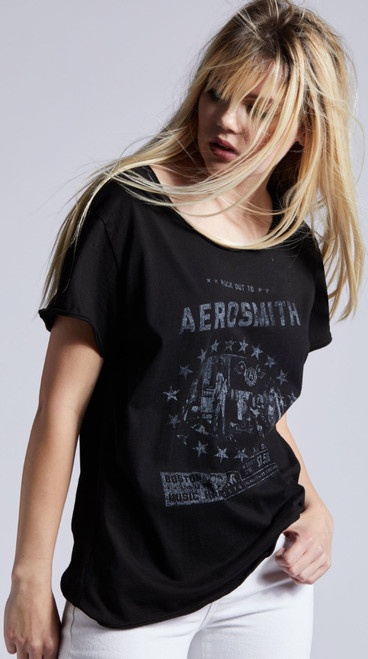