Formed in Tom's River, New Jersey, in 1986, Skid Row skyrocketed to commercial success, during the late 1980s and early 1990s, with their first two studio releases, Skid Row and Slave to the Grind.

Lead singer, Sebastian Bach, who joined Skid Row at the age of 18, is also a successful Broadway, film and TV actor.

This men's unisex black Skid Row logo fashion tee is made from 100% black cotton and features the Skid Row logo, across the center.

CLICK HERE to choose your size
Poison
Poison Vintage T-shirt - Talk Dirty To Me Song Single Album Cover | Men's Unisex Gray Fashion Shirt
$29.00
This Poison Talk Dirty to Me tshirt spotlights the album cover artwork from the song single. Released on February 18, 1987, Talk Dirty to Me was the second single from Poison's debut album, Look What... 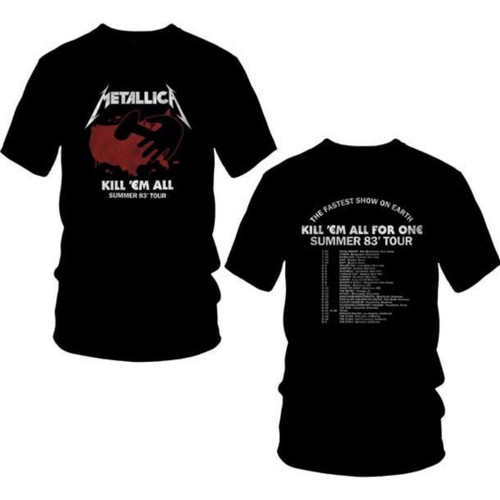