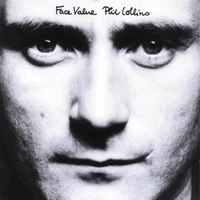 35 years ago today, February 9, 1981,‪ Phil Collins‬ released his debut solo album, ‪‎Face Value. This album was filled with songs about heartache and despair due to Phil's crumbling marriage that had begun to fall apart in the late 1970s while he was on tour with Genesis. Featuring songs like the haunting In the Air Tonight, the radio friendly Missed Again and If Leaving Me is Easy, it seemed, on Face Value, Phil was living in a world of pain and depression. However, new love had emerged while writing Face Value and the song This Must be Love displayed that. Of course, Phil and Genesis would have plenty of more hits and top charting albums to come over the course of the next 9 years, but Face Value marked the real beginning of demonstrating the musical genius that is Phil Collins. Face Value was recently remastered and re-released with an updated photo of Phil on the same album cover.