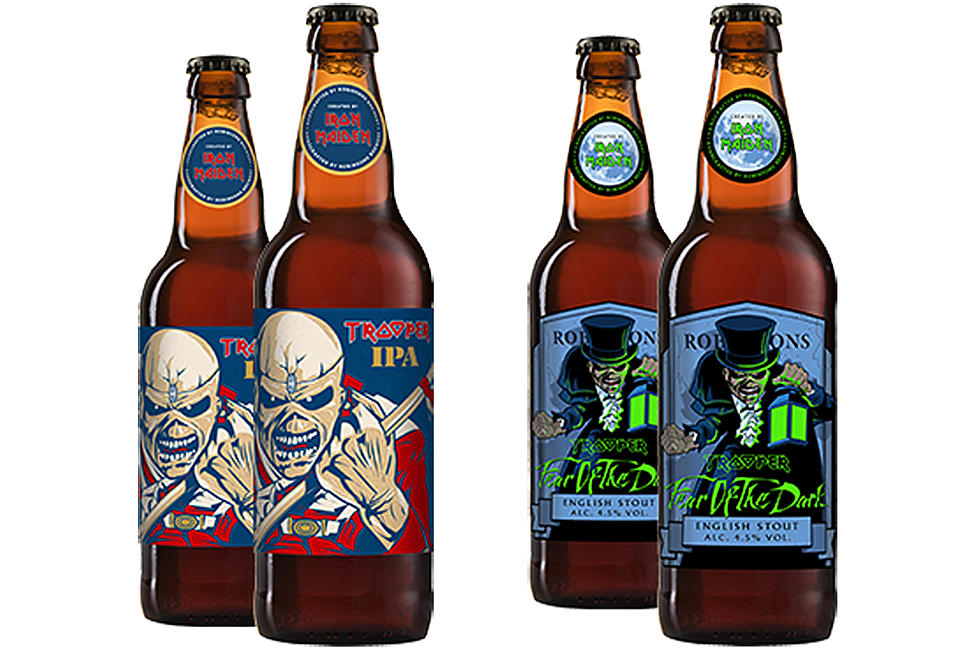 Iron Maiden and beer fans alike, the legendary heavy metal band has added 2 new beers to their collection. It's actually the seventh and eighth beers Iron Maiden has released, in a partnership with Robinsons Brewery.  And of course, in pure Maiden style, the beers are named after albums they've released.

The first new beer is Fear of the Dark, and is an English Stout, whose name is inspired by their 1992 album, also title Fear of the Dark.  According to brand manager, Sam Kennerly, "Fear of the Dark is something fans have been begging for since Trooper (beer) was first released and we’re proud to finally be rewarding their loyalty.  Trooper Red ‘N’ Black porter was one of our most popular releases so we knew there was a demand for new darker beers and we are glad to be finally releasing a sessionable stout for all our fans to enjoy.”

The second addition to the collection is an IPA called Trooper IPA.  Robinsons Brewery Head Brewer Martyn Weeks said this particular IPA, with a 4.8 percent ABV, "marries together familiar American hoppy flavors with a fundamentally British backbone."  Iron Maiden lead singer, Bruce Dickinson added "I’ve sampled so many different styles of beer around the world on my travels with Maiden and it’s hard to ignore how big IPA has become, and what an exciting style it can be. I’m a huge fan of both IPA and stout and they were the gaping holes in the Trooper range. I’ve lost count of the number of people who have asked us to do a Fear of the Dark stout over the last few years!”

The beers can be pre-ordered at the Robinsons Brewery online store.  They'll start arriving around March 23.