Released in August, 1987, Hysteria, produced by John Mutt Lange, went on to become the most successful album, for Def Leppard, selling over 20 million copies, worldwide. Released as a follow up to the band's 1983 juggernaut, Pyromania, Hysteria took over 3 years to make, much of that due to drummer Rick Allen's loss of his arm in a 1984 car accident. Hysteria is also the last album to feature guitarist Steve Clarke. With 7 hit singles, including the title track, along with Animal, Rocket, Love Bites and Pour Some Sugar on Me, the Hysteria album propelled to #1 on both the Billboard Top 200 and UK Albums charts.

Our men's unisex Def Leppard Hysteria tee prominently displays the artwork, from the front cover, of Hysteria, and is made from 100% black cotton.

See all of our Def Leppard shirts here. 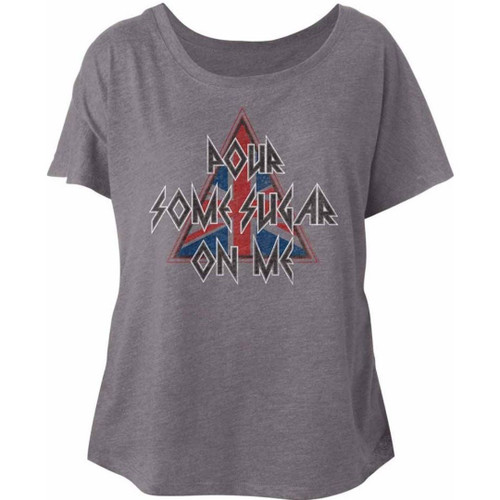