Our David Bowie earrings, by Alchemy of England, are of the lightning bolt painted across David Bowie's face, on the album cover of Aladdin Sane, David Bowie's sixth studio release.

Released on April 13, 1973, Aladdin Sane was David Bowie's follow up to the juggernaut, Ziggy Stardust and the Spiders from Mars. While not as successful as its predecessor, Aladdin Sane spotlighted a photograph of David Bowie, by Brian Duffy, with the lightning bolt painted down Bowie's face, that has become one of the most famous images, in the history of rock n roll.

Click HERE for details
Slayer
Slayer Earrings by Alchemy of England - Eagle and Pentagram Logo | Pewter with Steel Ear Post
$24.00
These Slayer earrings, by Alchemy of England, display the heavy metal band's eagle with pentagram logo. With five Grammy Award nominations, winning two, Slayer are considered one of the greatest... 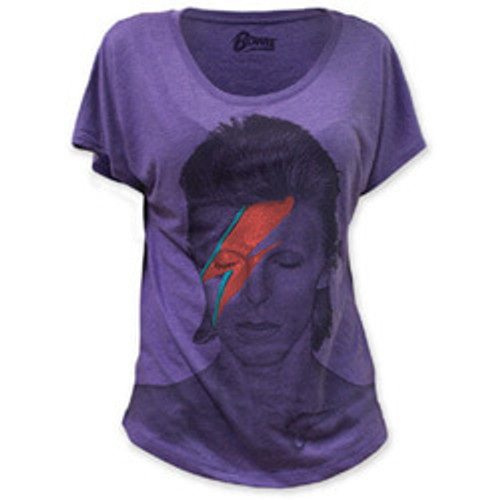