Our unisex vintage long sleeve Woodstock tee spotlights a classic black and white performance photograph from the legendary music festival, along with the famous logo, the 3 Days of Peace & Music slogan, the White Lake, NY location name and 1969 concert year.

Celebrating its 50th anniversary in 2019, the original Woodstock music festival occurred on August 15-17, 1969 and became one of the most definitive events and moments in rock and roll history, as well as a nexus for the 1960's counterculture generation. With 600,000 people in attendance on a 600 acre dairy farm just outside of White Lake, New York, Woodstock featured performances by 32 acts, including Santana, CCR, Jefferson Airplane, Crosby, Stills, Nash, and Young, Grateful Dead, The Who, The Band, Ten Years After, Joe Cocker, Janis Joplin, Johnny Winter, and Jimi Hendrix.

Our Woodstock men's and women's tee is made from 100% cream white cotton and features washed out effects, to the graphics, for a vintage look, and also displays the Woodstock logo, on the right sleeve. 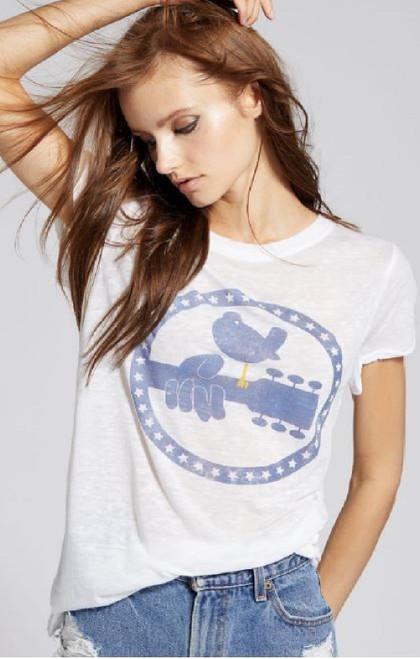 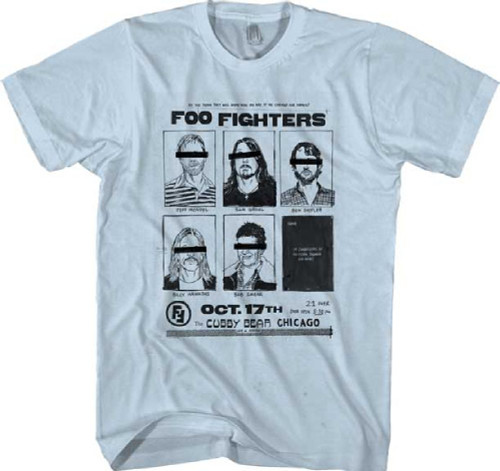