Weezer formed in the early 1990s, during the height of the Grunge sound, and while their sound was considerably lighter than Grunge, Weezer quickly found themselves receiving heavy play on the same radio stations that helped pioneer the Grunge genre.

Led by lead singer and guitarist Rivers Cuomo, since their formation, Weezer has sold over 17 million albums worldwide, with their debut reaching triple-platinum status. The group's debut album and follow up release, Pinkerton, are considered two of the best albums of the 1990s.

Our Weezer logo tee is made from 100% black cotton.

See our other Weezer shirts here. 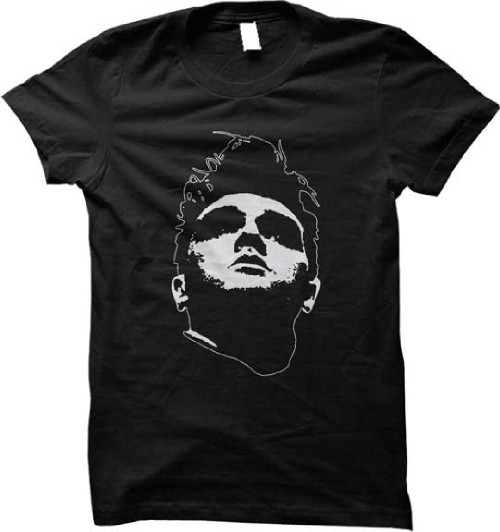 CLICK HERE to choose your size
Morrissey
Morrissey Fashion T-shirt - Morrissey Image | Men's Unisex Black Shirt
$21.50
THIS ITEM HAS BEEN DISCONTINUED - THE SIZES DISPLAYED ARE THE ONLY SIZES WE HAVE AVAILABLE   Our men's unisex Morrissey tshirt spotlights a drawn image of the legendary singer-songwriter...