Released on May 2, 1989, Disintegration found The Cure re-exploring their gloomier gothic rock sounds they had become known for, during the early 1980s. Principal song writer and lead singer, Robert Smith, was unhappy with The Cure's newfound pop music success they had amassed, with their previous albums, which was furthered along by his turning 30 years old, and he set out to create more enduring, yet depressing, work. Despite this initiative, Disintegration still managed to produce several hit singles, including Lovesong, Pictures of You and Fascination Street, which helped propel Disintegration, to becoming The Cure's most successful album, reaching number 3 in Britain and number 12, in the US. It is currently ranked at number 326, on Rolling Stone magazine's 500 Greatest Albums of All Time.

Our men's The Cure Disintegration tee is made from 100% black cotton and features the artwork seen, on the front cover of the album. 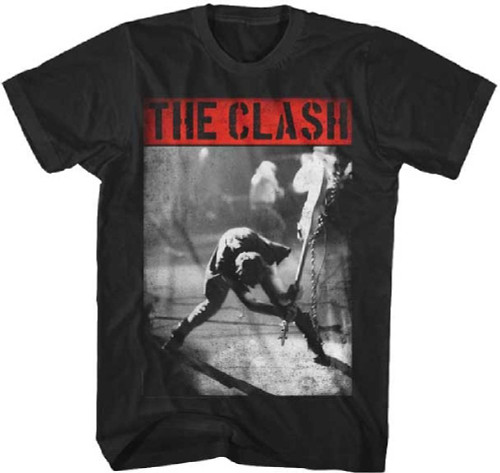