This vintage Cars concert tour tshirt is from the classic new wave rock band's Shake It Up Tour.

This series of shows was performed to promote The Cars' fourth studio album, also titled Shake It Up. Released in 1981. Shake It Up was the last Cars album to be produced by the legendary record producer, Roy Thomas Baker, and was the first Cars release to have a song in the Billboard top ten which was the title track to the album: Shake It Up.

Our men's unisex Cars Shake It Up Tour vintage fashion concert tee features a version of The Cars' logo surrounded by 2 naked girls with martini shakers, paying homage to the Shake It Up album cover. Underneath the band's logo is written Shake It Up Tour. Made from 100% black cotton, this shirt's graphics feature washed out distressed effects for an authentic vintage look.

USA & CANADA CUSTOMERS: This shirt is fulfilled by our manufacturer, and they require 2-5 business days to process and ship an order after we submit it. IF YOU NEED THIS SHIRT BY A CERTAIN DATE: please make sure to leave us a message in the NOTES section, during your checkout.

See our other fashion shirts by The Cars here. 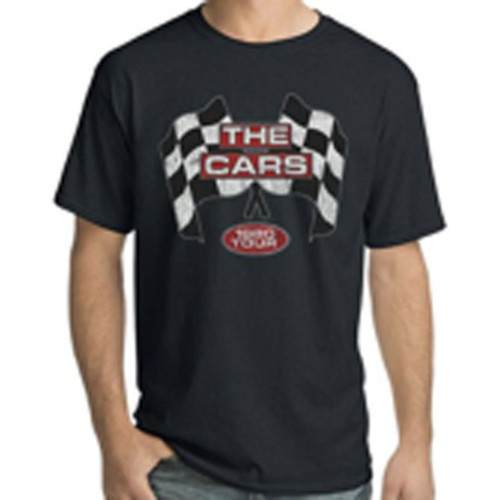