Performed to promote the album, Voodoo Lounge, Rolling Stones' 20th British and 22nd American album, as well as their first with Virgin Records, this release and tour saw the vacancy of bassist Bill Wyman, who had been a member of Rolling Stones since 1962.  The Voodoo Lounge album debuted at number 1 in the UK, in July 1994, and reached Double Platinum status, in the US.

Featuring various versions of Rolling Stones' classic tongue and lips logo, with the country flags where the Voodoo Lounge Tour was performed, on the front, and the 1994/1995 tour years, on the back, our men's 100% black lightweight cotton tee has distressed effects to the graphics for a true vintage look. 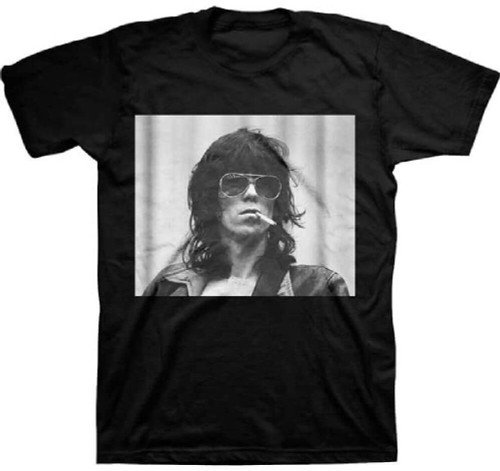