Our women's Pink Floyd t-shirt spotlights The Dark Side of the Moon album cover artwork.

Considered one of the greatest albums of all time, The Dark Side of the Moon was originally released in 1973 and remained on the Billboard charts for a total of 741 weeks, until 1988. Many of the songs on the album, including Money, Us and Them, Time, and Breathe (In the Air) continue to receive regular air play on rock radio stations. Pink Floyd recorded The Dark Side of the Moon at the famous Abbey Road Studios in London, and they incorporated many of the latest advanced musical recording technologies of the time, including multi-tracking, tape loops, and analog synthesizers.

This women's Pink Floyd The Dark Side of the Moon racer back tank top tee is made from a 60%/40% combed ring-spun cotton-polyester blend and displays the prism artwork, seen on the album's front cover, which was originally designed by Storm Thorgerson and represents the band's stage lighting, the lyrical content of the album's songs, as well as the desire of band member, Richard Wright, for a "simple and bold" design.

See our other Pink Floyd shirts and fashion accessories here. 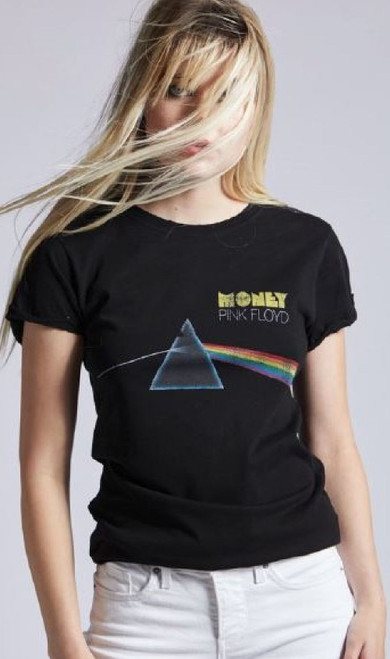 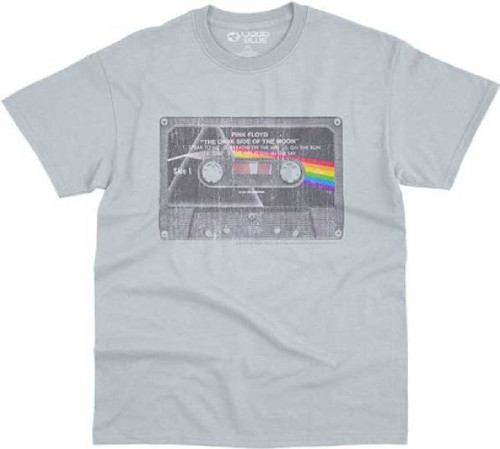