Released in 1975, Wish You Were Here was recorded at Abbey Road Studios in London and, like Dark Side of the Moon, incorporated heavy use of both studio effects and synthesizers. Many of the songs on this album were inspired by Pink Floyd's travels while performing throughout Europe, while the track Shine On You Crazy Diamond is a tribute to former Pink Floyd band member, Syd Barrett, who was forced to leave the group after a mental breakdown. Cited by members Richard Wright and David Gilmour as their favorite albums in the Pink Floyd library, Wish You Were Here was an instantaneous commercial success and is listed on Rolling Stone's 500 Greatest Albums of All Time.

Our Wish You Were Here tee is made from 100% black cotton and spotlights the artwork from the album's front cover of the 2 businessmen, one them on fire, shaking hands, with burnt edges around the entire image. 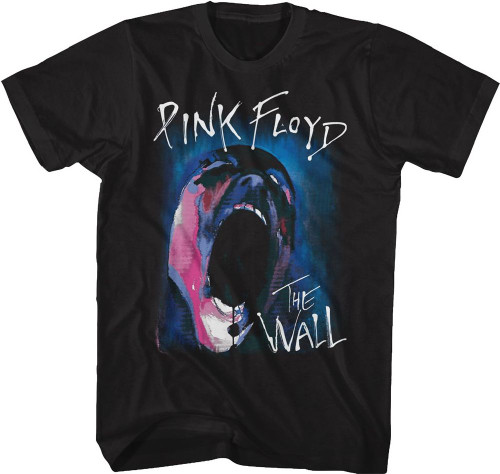 CLICK HERE to choose your size
Pink Floyd
Pink Floyd The Wall T-shirt - The Wall Movie Poster Artwork | Men's Unisex Black Shirt
$23.50
This Pink Floyd The Wall tshirt spotlights the artwork featured on the theatrical release posters used to promote the film when it was released, in 1982. Featuring a screenplay written by Pink Floyd...
×