Released in the United Kingdom on March 28, 1994, by EMI Records, and by Columbia Records on April 4, 1994, in the United States, Division Bell featured music written primarily by both Pink Floyd guitarist and singer, David Gilmour, as well as keyboardist Rick Wright, who sang lead vocals for the first time since 1973's Dark Side of the Moon.  Many of the lyrical themes and actual song lyrics were created and written by Polly Samson, an established novelist and David Gilmour's fiancee.  While Division Bell received mixed reviews from the critics, the album was a commercial success for Pink Floyd, reaching the number 1 position in both the United Kingdom and the United States.  Division Bell was also certified Double Platinum, in 1994, the year it was released.

Our men's unisex Pink Floyd Division Bell gray fashion tee is made from a 50%/50% cotton-polyester blend and spotlights the two heads, seen on the front cover of the album. 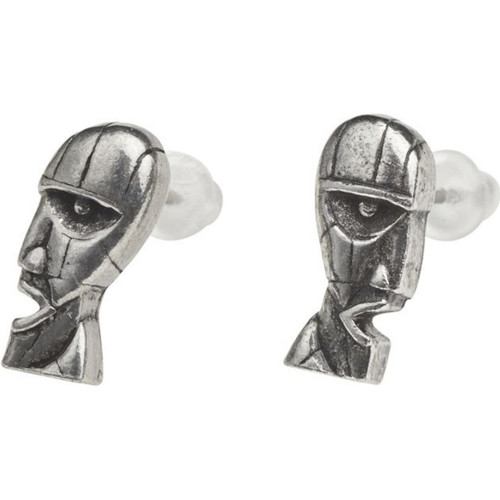