This men's vintage Motley Crue t-shirt spotlights the hard rock band's logo from the Too Fast for Love album cover.

Released in 1981, Too Fast for Love was Motley Crue's debut studio album. Originally released by Leathur Records, Elektra picked up the album and re-released it in 1982, with remixed and re-recorded songs plus revised album cover artwork that featured the logo seen on the front of this shirt. While the album only charted at number 77 on Billboard's Top 200 in the United States, Too Fast for Love did eventually reach Platinum status.

Our black tee is made from 100% cotton and features the Motley Crue Too Fast for Love logo with distressed gray graphics for an authentic vintage look and feel.

Click here to see all of our Motley Crue products. 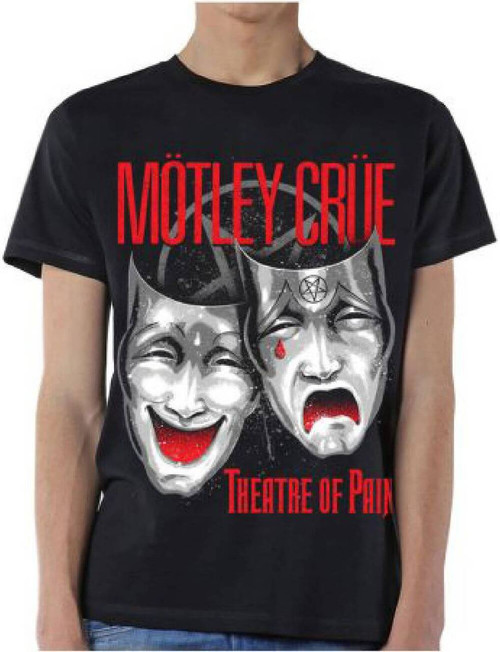