Our men's gray Guns N Roses tee is made from a tri-blend of cotton, rayon and polyester and features the Appetite for Destruction album cover with washed out effects, for a vintage look and feel. 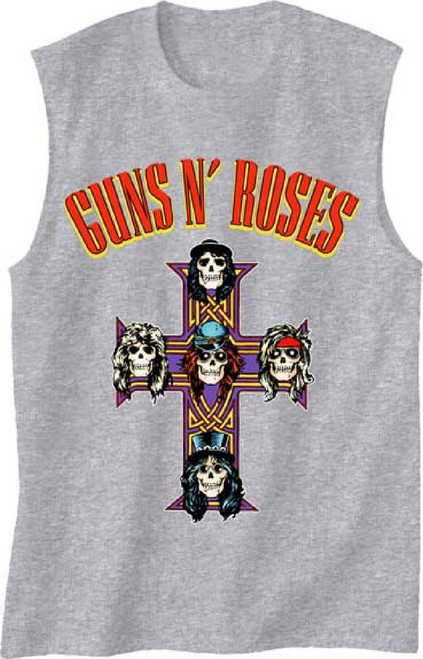