This Grateful Dead tee spotlights the band's famous Vector lightning skull logo, along with Grateful Dead Boston Garden 1977 with clover leaves for an Irish motif and is made from 100% ring spun cotton. The graphics on this shirt feature washed out effects for a true vintage look and feel. 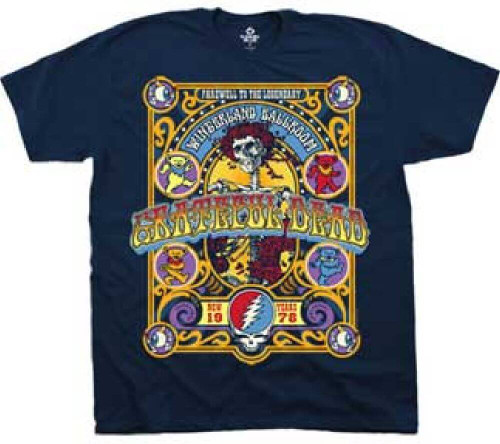