Our men's Eagles tshirt features the album cover artwork from the band's Greatest Hits compilation released in 1976. This album remains tied with Michael Jackson's Thriller as the best selling album in the United States. Our100% cotton tee is colored the same shade of blue as the original album cover. 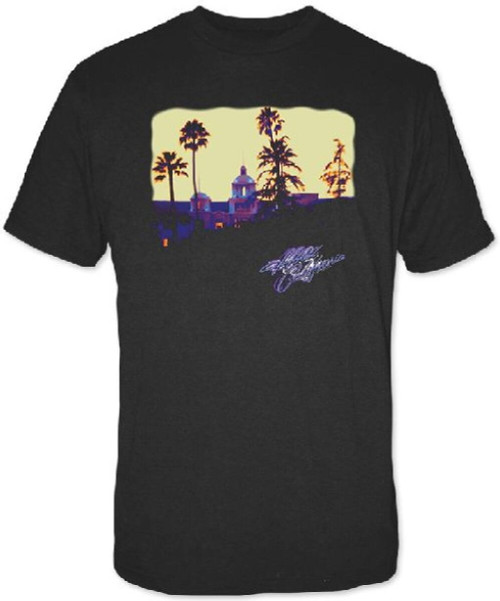