No Exclusions & No Coupon Codes Needed

PLEASE NOTE: Due to the sudden passing of Chris Cornell, demand for our Soundgarden items have exceeded supply. Our manufacturer that has the Soundgarden license is producing and shipping more to us as quickly as possible. We’re making them available for you to order – so place your order now to guarantee delivery of the item(s) to you

Our men's Chris Cornell tshirt spotlights the famous singer/songwriter's Solar System logo. Chris Cornell catapulted to fame, in the early 1990s, as the front man and vocalist of two pioneering Grunge/Alternative Rock bands: Temple of the Dog and Soundgarden. He continued that success in the later 1990s as the lead singer of the alternative rock super group, Audioslave. In addition, Chris led a successful career as a solo artist and soundtrack contributor. As a singer, he was known for his four octave vocal range and vocal belting technique, in addition to his talent as a songwriter. Chris Cornell passed away in 2017 at the age of 52. 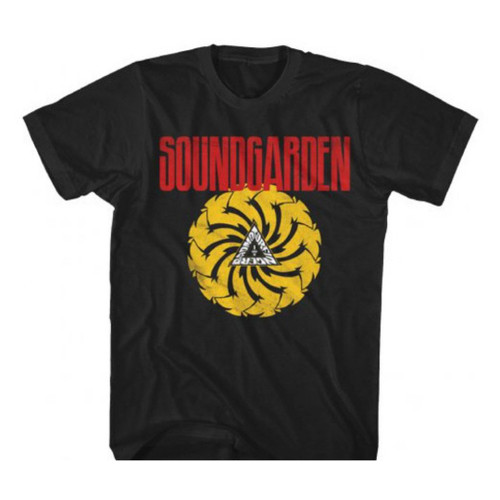