Formed in New Jersey, in 1983, Bon Jovi shot to superstardom in the middle - late 1980s, with their albums Slippery When Wet and New Jersey. Since their formation, the band has recorded 13 studio albums, three live albums and contributed to six compilation albums. All in all, Bon Jovi has sold over 100 million copies of their albums and are considered one of the biggest selling rock bands of all time. In 2018, they were inducted into the Rock and Roll Hall of Fame.

This ladies' Bon Jovi logo racerback fashion tee is made from a 60/40 cotton-polyester blend and spotlights a close up of a dagger cutting through the center of a heart. The Bon Jovi band name is written on a banner crossing over the heart. The graphics on this tank top have washed out effects for an authentic vintage look. 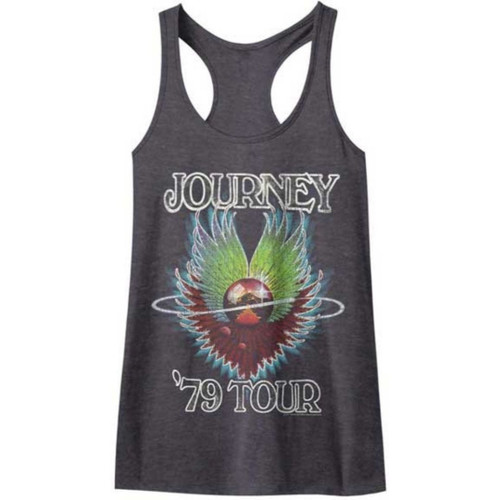 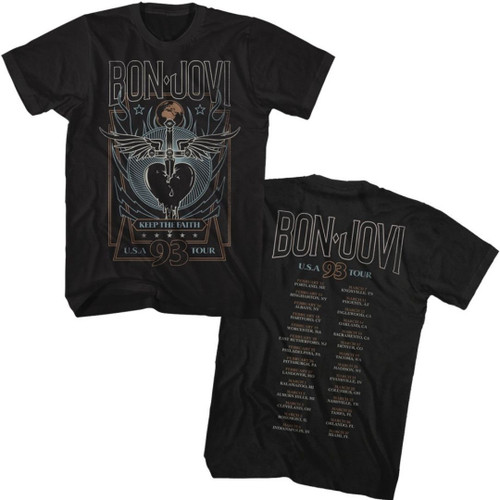