Our Bon Jovi concert tshirt is from the classic rock band's 1993 Keep the Faith USA Tour.

Performed to promote their latest album, at the time, also titled Keep the Faith, this series of shows saw Bon Jovi performing all over the United States, during the first half of 1993.

This men's unisex 100% black cotton tee spotlights Bon Jovi Keep the Faith USA Tour '93 surrounding the classic heart and dagger Bon Jovi logo, on the front. The back lists the cities and dates of each of the concert performances. 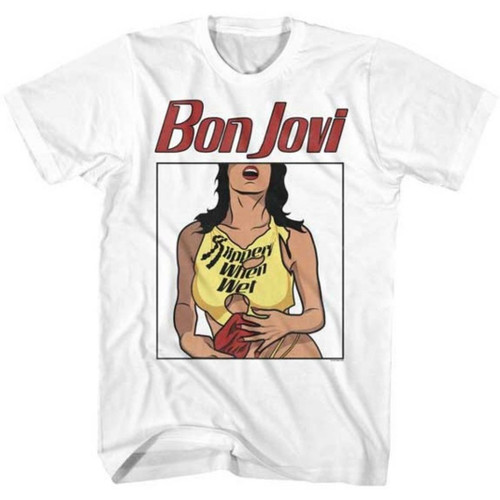