This men's vintage Billy Idol concert tshirt is from Billy's 1984 tour in support of his most recent album, at the time, Rebel Yell.

The Rebel Yell album, which was released on November 10, 1983, was the second studio album by Billy Idol. and cemented him as one of the most successful artists of the 1980s. Containing some of Billy Idol's most popular songs, including Eyes Without a Face, Rebel Yell, Flesh for Fantasy and Catch My Fall, all of which received heavy airplay on both radio and MTV, the Rebel Yell album reached #6 on the Billboard Top 200 and is certified Double Platinum.

Our Billy Idol 1984 Rebel Yell Tour tee features Eyes Without a Face 1984 Rebel Yell Tour, written on the front, along with the individual concert dates and cities, on the back. It is made from 50%/50% cotton-polyester blend, with washed out distressed effects to the graphics for an authentic vintage look and feel. 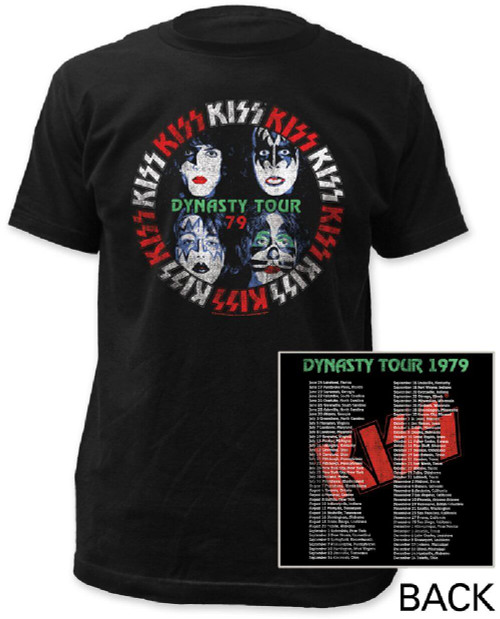