The second studio album, by the Beastie Boys, Paul's Boutique was produced by The Dust Brothers and, musically, was composed, exclusively, of song samples. While not as commercially successful as License to Ill, the Beastie Boys' debut album, Paul's Boutique was and continues to be critically well received and is considered a landmark Hip-Hop release and is often referred to as the "Sgt. Peppers" of Hip-Hop.

Made from 100% black cotton, this Beastie Boys Paul's Boutique tee features the album's front cover artwork, on the front of the shirt, while the back of the tee lists the song titles, from each side of the record and cassette tape. 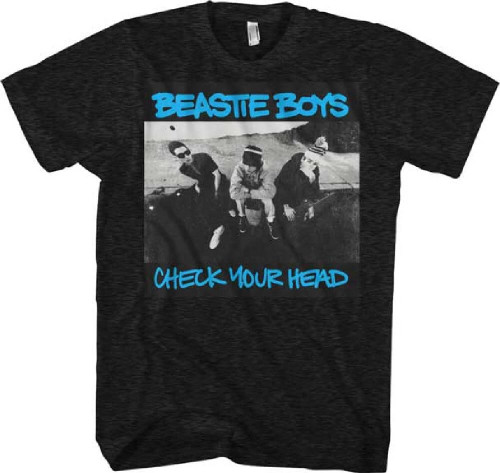