Our women's vintage Duran Duran tshirt spotlights the album cover artwork, from the classic 1980s new wave band's debut album. Although not a success in the United States upon its initial 1981 release, the album, also ti…

Although not a success in the United States upon its initial 1981 release, the album, also titled Duran Duran, was reissued in 1983, after the success of Duran Duran's second studio album, Rio. Featuring the hits Girls on Film and Planet Earth which have become staples on classic alternative rock radio, the Duran Duran debut was certified Platinum, a couple of years following its reissue.

This Duran Duran debut album cover juniors fitting women's fashion tee is made from 100% white cotton and features the photograph of Duran Duran, seen on the front cover of their debut album. 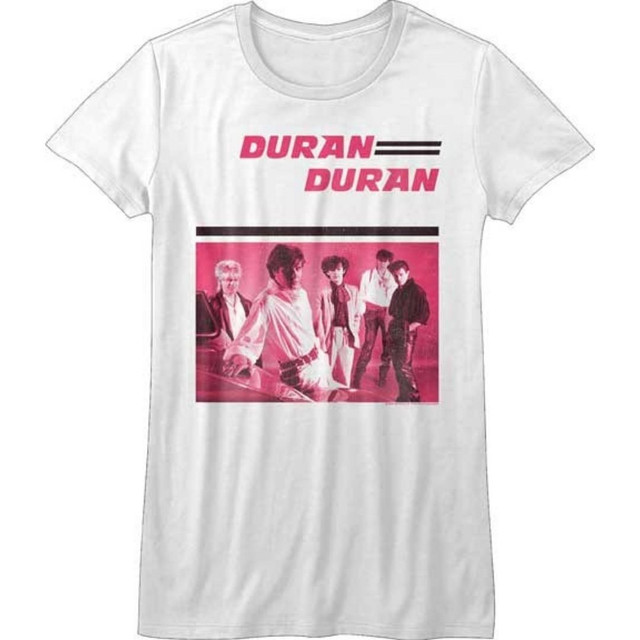 Our men's unisex vintage Bad Company fashion concert tshirt is from the American leg of the classic rock band's 1977 Tour. These series of shows were performed to promote Bad Company's most recent...

Our men's unisex Motley Crue fashion tshirt spotlights a classic photograph of the band. Formed in Los Angeles, California, in 1981, Motley Crue have become one of the most successful rock n' roll...

This vintage Bad Company fashion concert tshirt is from the classic rock supergroup's 1976 Tour. These shows were performed to promote Bad Company's most recent album, at the time, Run With the Pack...

Our unisex facemasks, by Buckwear, are made from 100% black ring-spun cotton for comfort and breathability. These non-medical grade face coverings feature easy to use earholes and work with diverse...