Performed to promote their album, Pyromania, which was released on January 20, 1983, and featured some of Def Leppard's biggest hits, including Rock of Ages, Photograph and Foolin', the Pyromania concert tour was Def Leppard's first, as a headliner, and saw the band performing all over the United States and Canada.

Made from a tri-blend of polyester, cotton and rayon, this super soft Def Leppard Summer Tour '83 Chaser fashion concert tee spotlights the Def Leppard logo, a classic image of the band, and the Union Jack British flag.

Click here to see all of our other Chaser music tees.

For all of our other Def Leppard items, click here. 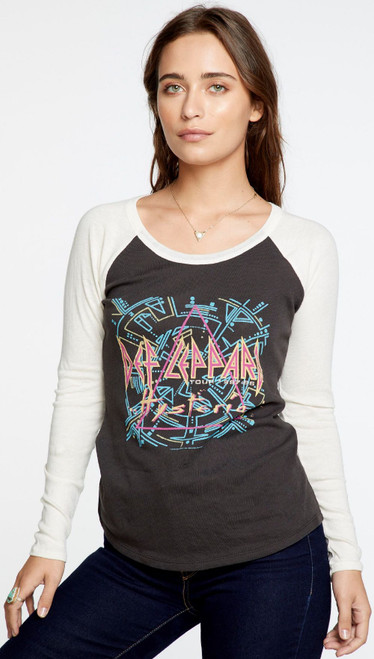