Our Cheap Trick concert tour tshirt is from the band's 1978 world tour.

This set of shows was performed to promote the band's latest album at the time, 1977's In Color. In Color is considered one of the best rock recordings in history and is ranked at #443 in Rolling Stone Magazine's 500 Greatest Albums of All Time. Although a bit more polished than Cheap Trick's debut album, In Color made Cheap Trick superstars in Japan where they received a Beatlemania type reception, upon their arrival for that leg of the 1978 world tour.

The front of our Cheap Trick World Tour 1978 men's unisex vintage fashion concert tee features the photograph of the band members seen on the inside booklet of In Color, along with the Cheap Trick logo in yellow, red and gray. The back spotlights the classic stacked Cheap Trick logo with three globes, each displaying a different section of the world and World Tour 1978. Created with distressed effects for a vintage look, this classic concert tour shirt is made from 100% black cotton. 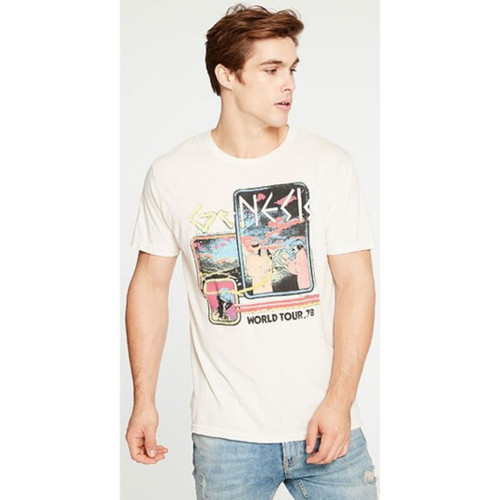